In Memory of Buddy Morrow

BUDDY MORROW conducted the Tommy Dorsey Orchestra for over 30 years and is recognized as one of the all-time great trombone players. He first came to prominence as a featured performer with such leading orchestras as Tommy Dorsey, Paul Whiteman, Artie Shaw and Jimmy Dorsey. His outstanding musicianship was evident through the years, not only in the world of Big Bands, but also as a featured artist with symphonies as well as jazz groups.

Buddy Morrow, as conductor of the "The One and Only Tommy Dorsey Orchestra", insisted that the band retain the authentic sound and style of the late Tommy Dorsey and still have the elasticity to meet every musical situation with the same high level of expertise. That tradition continues today.

In June of 2008, Buddy's musical career was highlighted by the Orlando Jazz Orchestra in a concert tribute, during which Buddy was presented a Lifetime Achievement Award by the International Trombone Association in recognition of his musicianship and contribution to the world of music.

From New Haven to the Tonight Show 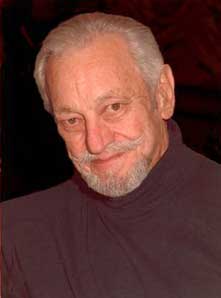 Born in New Haven, Connecticut, by the time Buddy was thirteen, he was playing with local dance bands, and at fifteen he joined the Yale Collegians and toured the East Coast playing college dances and parties. Buddy often sat in at the various jam sessions at the famous Hickory House in New York City, where he played with well-known musicians like Harry James, Buddy Rich and Bunny Berrigan. Artie Shaw noticed Buddy and advised him to move to New York, where Artie introduced him to various contractors, and Buddy's career was off and running. He auditioned at the prestigious Juilliard School of Music and received a full scholarship, after which Buddy joined the Eddy Duchin Orchestra and stayed until Artie Shaw called him for his newly formed orchestra. There soon came a call from Tommy Dorsey, and Buddy joined his Orchestra, forming a friendship that lasted over the years. After that stint, he joined Paul Whiteman and the Chesterfield Radio Show. Next came the Bob Crosby Orchestra and a move to California, where Buddy lived for about a year. During World War II, Buddy served in the Navy. When he came home, he joined the Jimmy Dorsey Band and got his first taste as an orchestra leader when Jimmy took sick and asked him to fill in.

Through the years, Buddy Morrow had become so highly regarded in the music world that RCA Victor signed him to form an orchestra and record under his own name. Buddy began experimenting with style and instrumentation and took the band out on the road. One night in Detroit, Buddy came across an exciting rhythm and blues number and insisted that the band record it. The song was "Night Train", and it became a national sensation, selling over a million copies. The Buddy Morrow Orchestra had established itself as one of the biggest musical attractions on the road, setting attendance records in leading ballrooms and theatres from coast to coast. Among Buddy's other hits are "One Mint Julep", "I Don't Know", and "Hey, Mrs. Jones". Buddy's albums include "Night Train", "Big Band Guitar", "New Blues Scene", "Impact", "Campus After Dark", and several albums in tribute to both Tommy and Jimmy Dorsey. Buddy freelanced in the recording, radio and television industries, was a staff musician at CBS, conducted the Jimmy Rogers Television Show and on staff at NBC for years as a featured player on the "Tonight Show".